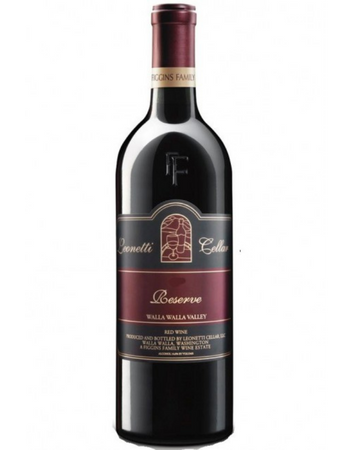 WA97: The winery flagship is the 2008 Reserve, a blend 69% Cabernet Sauvignon, 11% Petit Verdot, 11% Merlot, and 9% Cabernet Franc aged in barrel, some of it new, for 23 months. Sandalwood, exotic spices, herbs, violets, and assorted black fruits inform the nose of a layered, succulent, plush, bordering on opulent wine that is beautifully balanced and already complex. It will continue its development for at least another 5-6 years and offer a drinking window extending from 2016 to 2028+.

VM94+: Full ruby-red. Cassis, licorice and roasted oak on the nose. Sweet, lush and seamless; wonderfully thick but less expressive and less urgent today than the cabernet bottling. One senses the perimeter of this powerfully built, backward wine more than its contents today. Best right now on the slowly mounting, extremely long finish, which features sweet tannins and building notes of spices and Belgian chocolate. Winemaker Chris Figgins "builds the cabernet base" of the reserve first (before picking for the cabernet sauvignon bottling), explaining that he likes some early-harvested cabernet for its aromatic complexity.