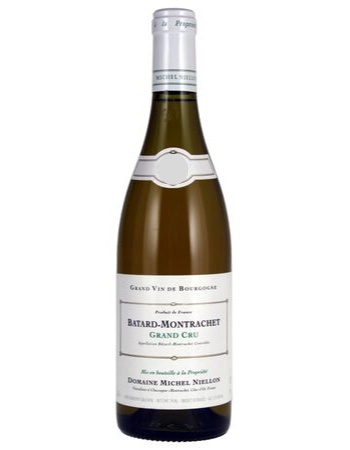 Michel Niellon, who began working with his father Marcel in the 1950's, has crafted more than 50 vintages of extraordinary wines.  The father-son team began domaine-bottling in the 1960’s and soon after, their 4-hectare estate was considered one of the very best in the village. Since 1991, Michel has shared vineyard and winemaking duties with his son-in-law, Michel Coutoux. Recently, Michel’s grandson Mathieu Bresson joined the winery as well.

Today the winery has 7.5 hectares of vines, all in Chassagne-Montrachet. “We plow the vineyards for weed control and don’t use herbicides. For pest and mildew control, we practice lutte raisonnée,” explains Coutoux. Niellon does not like to wait too long before harvesting the grapes: it is preferable, he says to pick earlier rather than later.  “We take acidity into consideration first. Often we are the first in the village to pick at harvest time,” Niellon.

Fermentations happen spontaneously in stainless steel tanks. After the primary fermentation, the wine is moved to barrels for malolactic and aging.  About 25% of the barrels are new and the total amount of new oak ranges from 20-30% depending on the cuvée. Niellon is a benchmark producer in the village of Chassagne and the wines have a classic style, expressing the terroir of each vineyard, striking a balance of crisp minerality with rich and ripe fruit.

BH95:  A very backward nose only grudgingly gives up aromas of spice, acacia blossom, peach, apricot and mildly exotic ripe yellow fruits that complement to perfection the rich and opulent broad-shouldered flavors that possess impressive reserves of dry extract as well as simply astounding length. A 'wow' wine in every respect but note well that this beautifully balanced effort will require up to a decade of patience.--Allen Meadows