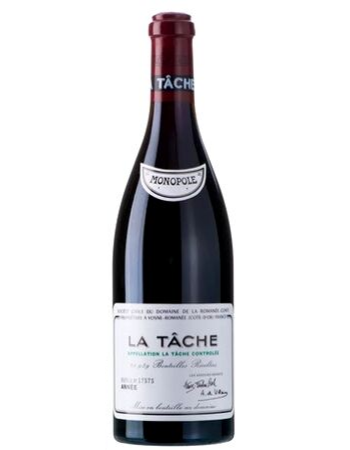 RP100: Tasted at the La Tâche vertical at The Square. Having not tasted the La Tâche 1999 since it had been bottled, I was intrigued to see how it was developing. Monumentally, is the correct answer. First and foremost this is a seriously long-term La Tâche that is maturing at a glacial pace. Indeed, I left most in my glass and waited for it to open. An hour later and it was firing on all cylinders. It is blessed with an incredibly intense, powerful nose that loses its broodiness with aeration and eventually unveils a crystalline set of mineral-soaked aromatics that sport a decadent, almost exotic floral note--wilted violets and potpourri. The palate has a quite astonishing structure, but it is more the symmetry that makes this one of the greatest vintages of recent years. It unfolds with daring passion to reveal layers of plush but focused dark plum and cassis fruit that just seem to flow and flow on the never-ending finish. It is a multifaceted, multidimensional masterpiece that really needs another decade in bottle. (NM)   (4/2015)

BH99: Words remain inadequate to describe just how good this wine is as the '99 is a classic La Tâche in every respect with its incredibly pure, marvelously intense Asian spice box nose. There is terrific size, weight and richness to the enveloping flavors of hoisin and pure pinot extract that deliver indescribable complexity on the hugely long finish. The big tannins are completely wrapped in velvet and while they are by no means invisible, they are beautifully well-integrated, indeed the word seamless comes to mind. This is almost certainly destined to become one of the all-time great vintages of La Tâche. Moreover, among the many bottles that I have been blessed to have tried, I have never had one that was anything less than sensational. However, note well that the '99 LT is going to be a long-distance runner so a strategy of cellar and forget is strongly advised, at least for the next decade or so. Multiple, and consistent, notes. Multiple, and consistent, notes. Try from 2024+   (4/2017)

VM98: A dark, exotic beauty, the 1999 La Tâche hits the palate with scents of soy, blackberry, licorice, grilled herbs, smoke, graphite and lavender. The 1999 is a distinctly brooding, dark La Tâche that speaks with a real sense of gravitas. Just at the very early part of its drinking window, the 1999 will offer profound drinking over the next several decades. (AG)   (5/2016)