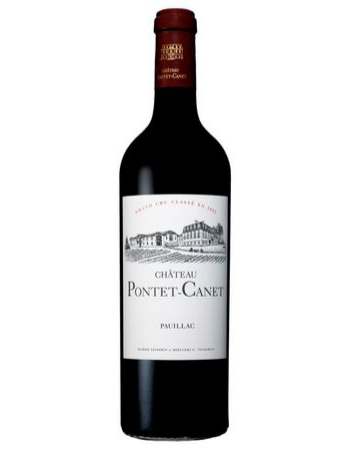 JS96-97: "This is incredibly transparent and refined with blackcurrant, blueberry and mineral character. Full-bodied, layered and ethereal. Tannins have a crushed-stone character. Long and persistent."

JD94-96: "Described as a mix of his 2015 and 2016 by owner Alfred Tesseron, the 2017 Pontet-Canet is another tour de force from this estate that readers will be thrilled to have in the cellar. A blend of roughly 60% Cabernet Sauvignon, 30% Merlot and the rest Cabernet Franc and Petit Verdot, harvested between September 18 and October 4 (which is later than most), it will spend roughly 16 months in 50% new barrels, 35% in amphora and the rest in once-used oak. Gorgeous blueberries, crème de cassis, incense, and spring flower characteristics all soar from the glass of this inky-colored, medium to full-bodied, deep, beautifully concentrated 2017. It doesn’t have the sheer weight of the 2009, 2010, 2015, or 2016, yet it’s no lightweight and excels on its purity and balance. This is a classic Pauillac that will be approachable with 4-5 years of bottle age and keep for two to three decades."