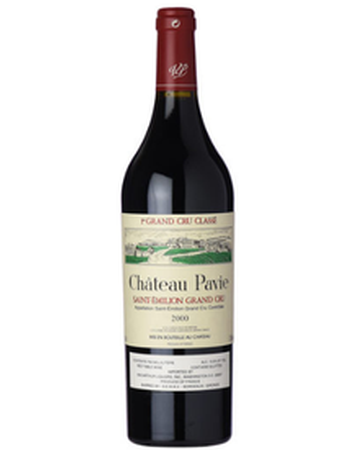 This wine will arrive in the future. Shipping charges will be collected at time of arrival.
Available
Tweet
Pin It

JS99-100: The aromas are already exceptional, showing crushed-stone, limestone and salt character to the dark fruit and bark. It’s full-bodied, yet agile. Floats on the palate, then kicks in with loads of ultra fine tannins. The intensity and verve of this wine promises true greatness.

WA97-99: Composed of 50% Merlot, 34% Cabernet Franc and 16% Cabernet Sauvignon, the 2020 Pavie weighs in with an alcohol of 14.82% and a pH of 3.61. It is aging in French oak barriques, 75% new. Opaque purple-black colored, notes of plum pudding, blueberry pie and dark chocolate-covered cherries charge out of the gate, followed closely by hints of eucalyptus, star anise, unsmoked cigars and fertile loam with a hint of cedar chest. The full-bodied palate is built like a brick house, offering very firm yet wonderfully ripe, velvety tannins and seamless freshness to support the densely laden, muscular black and blue fruits, finishing very long and with loads of mineral-laced layers. As hedonic as it is cerebral this year, it is a beautiful paradox.

VM97-99: The 2020 Pavie is very clearly one of the wines of the year. Rich, inky and wonderfully vibrant, it pulses with energy from start to finish. All the elements are well balanced. Soaring Cabernet Franc aromatics lead into a core of finely knit yet deep fruit in a wine that feels endless. Harvest for the reds started on September 17, paused briefly during some rain on the 25th and 26th, and then wrapped up by the end of the month. The blend is 50% Merlot, 34% Cabernet Franc and 15% Cabernet Sauvignon, so more Cabernets than in the past, the result of a large replanting program that began in the early 2000s. A real head-turner. Magnificent!