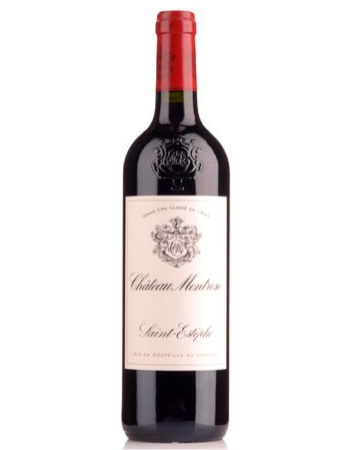 JS 98-99: This is a big and muscular wine with great structure and depth of fruit. Blackberry and blueberry character. Hints of fresh leaves. Cool earth. Incredible depth, yet so polished. Concentrated.   (4/2019)

JD 97-99: The top wine of the estate as well as one of the wines of the vintage, the 2018 Château Montrose is 72% Cabernet Sauvignon, 20% Merlot, 6% Cabernet Franc brought up in 60% new French oak. Crème de cassis, smoky oak, graphite, and violet notes all emerge from this magical Montrose that has thrilling purity, building, layered tannins, integrated acidity, and a blockbuster finish. Deep, concentrated, and built for the long-haul, yet with the sexiness of the vintage, it’s in the same league as the 2016 and will be drinkable in just 4-5 years and keep for 40+.   (5/2019)

RP 96-98: Composed of 72% Cabernet Sauvignon, 20% Merlot, 6% Cabernet Franc and 2% Petit Verdot, harvested from September 17 to October 5, the 2018 Montrose has a very deep purple-black color and opens with tantalizing notes of crème de cassis, Black Forest cake, hoisin and mocha with nuances of molten licorice, fertile loam, cast iron pan and incense. Big, rich, full and powerful in the mouth, the voluptuous fruit has a rock-solid backbone of very firm, very ripe tannins to match with tons of freshness and an epically long, exotic spice finish. A magnificent monster of a Montrose! (LPB)   (4/2019)

WE 96-98:This superb wine offers intense, spicy tannins and rich black fruits that yield an impressive, ageworthy bottling. Its black plum flavor and juicy acidity are enhanced by the firm tannins, with a touch of nutmeg on the finish. (RV)   (4/2019)

VM 95-98: The 2018 Montrose balances finesse and power to a degree I don't think I have seen in a recent young Montrose. The 2018 has plenty of depth, intensity and thrust - all signatures of Montrose - but it also has a striking sense of elegance. Crème de cassis, lavender, spice, menthol and licorice meld together in the glass. Although it is naturally very young, the 2018 Montrose appears to have a tremendous future. The blend is 72% Cabernet Sauvignon, 20% Merlot, 6% Cabernet Franc and 2% Petit Verdot, which is to say more Cabernet and less Merlot than is the norm. Readers will have to be patient with the 2018, but it is a stellar wine in the making. Montrose presents an en primeur sample aged 100% in new oak (while the final wine is aging in 60% new barrels) to show a wine that is more ready to taste young. (AG)   (4/2019)

D 97: This is wonderfully rich, with the precision of 2016 but the seductive quality of 2009. It feels architectural in the way that truly great vintages do in the Médoc, and it seems to have consumed its alcohol rather effortlessly. There's plenty of liquorice and exuberant but well buttoned-down brushed damson and cassis pit notes that maintain the signature of Montrose. You can see the concentration in the legs and in the depth of the colour. 20% press wine was added, which is typical here, but the vintage yielded an extremely low 25hl/ha, due partly to drought, partly to mildew and partly to coulure - with drought accounting for most of that/ The Cabernets were affected more than the Merlots because of the later harvesting (which ran from 17 September to 5 October), which meant careful sorting was essential. (JA)   (4/2019)

Sign up to receive limited offers and new discoveries