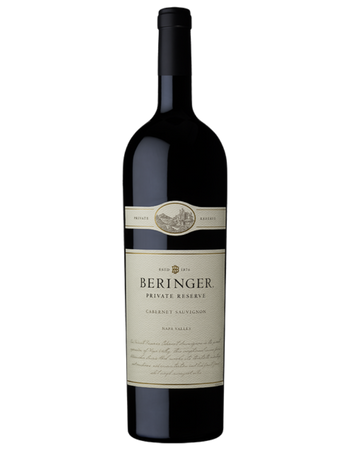 WA96: The 2010 Cabernet Sauvignon Private Reserve is built from completely different sources. Sixty-six percent came from the St. Helena Home Ranch, 18% from the Chabot Vineyard, and the rest from Beringer’s estates in St. Helena, Rutherford and Coombsville. It is 100% Cabernet Sauvignon that came in at 14.6% natural alcohol with a pH of 3.8. Perhaps the greatest Beringer Private Reserve since the 2007, 2005, 2002 and 2001, the 2010 offers up notes of lead pencil shavings, creme de cassis, subtle smoke, wet rocks and background oak. Full-bodied, rich and impressive, it can be drunk now or cellared for two decades.

VM95: The 2010 Cabernet Sauvignon Private Reserve is showing beautifully today. Plums, black cherries, smoke and graphite all explode from the glass in a huge, dramatic Private Reserve built for the cellar. The full-throttle 2010 covers every inch of the palate with fabulous depth and richness. The 2010 is going to require patience, but it is striking, even today. Home Vineyard is the core site in the 2010, followed by Chabot, Morisoli, Tournahu and Verhey. The 2010 spent 18 months in French oak barrels, 93% new.