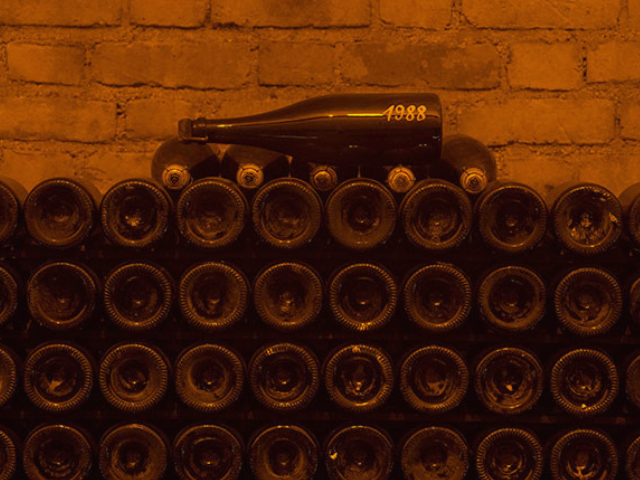 Champagne Bollinger, one of the few remaining family-owned-and-managed Grandes Marques houses in Champagne, is known for the quality of its grand and premier crus vineyards. Holdings are spread  across 160 hectares of vineyards in the finest villages, including Ay, Bouzy, and Verzenay. Bollinger is also one of only two houses in which family-owned vineyards account for two-thirds of its production.

Bollinger’s reputation as a Pinot Noir specialist is well-earned. Their trademark style was pioneered almost 200 years ago, and six generations of the Bollinger family have kept that legacy alive since the house's founding. The house is known for its continued use of traditional methods, including barrel fermentation and aging reserve wines in magnums that are cork-sealed. They are also the last remaining house to employ a full-time barrel cooper.

Bollinger is committed to quality in every wine they produce, from the house style Special Cuvee and the exceptional Grande Annee to the still red Coteaux Champenois La Côte aux Enfants. The newest addition to its lineup, PN, made entirely from Pinot Noir to underscore the very essence and DNA of the House style, is the first new cuvée added to Bollinger’s permanent range since rosé in 2008. The first edition of the series, PN VZ15, explores the interpretation of Pinot Noir from Verzenay 2015 and features reserve wines dating back to 2009.

The Bollinger name is synonymous with world-class Champagne - beloved by everyone from Queen Victoria to James Bond. We are proud partners of this legendary Champagne house and excited to offer this fine selection of Bollinger wines.